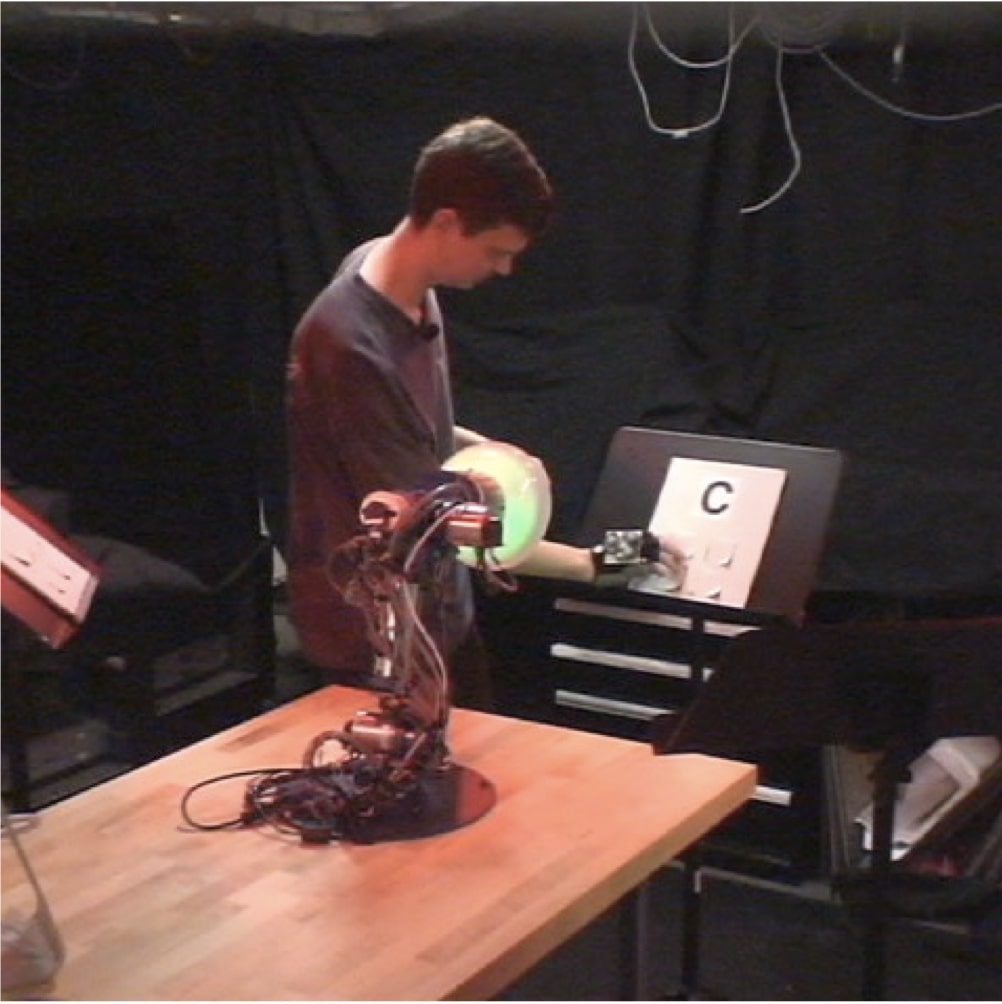 With the aim of fluency and efficiency in human-robot teams, we have developed a cognitive architecture based on the neuro-psychological principles of anticipation and perceptual simulation through top-down biasing. An instantiation of this architecture was implemented on a non-anthropomorphic robotic lamp, performing in a human-robot collaborative task. In a human-subject study, in which the robot works on a joint task with untrained subjects, we find our approach to be significantly more efficient and fluent than in a comparable system without anticipatory perceptual simulation. We also show the robot and the human to be increasingly contributing at a similar rate. Through self-report, we find significant differences between the two conditions in the sense of team fluency, the team’s improvement over time, and the robot’s contribution to the efficiency and fluency. We also find difference in verbal attitudes towards the robot: most notably, subjects working with the anticipatory robot attribute more positive and more human qualities to the robot, but display increased self-blame and self-deprecation.