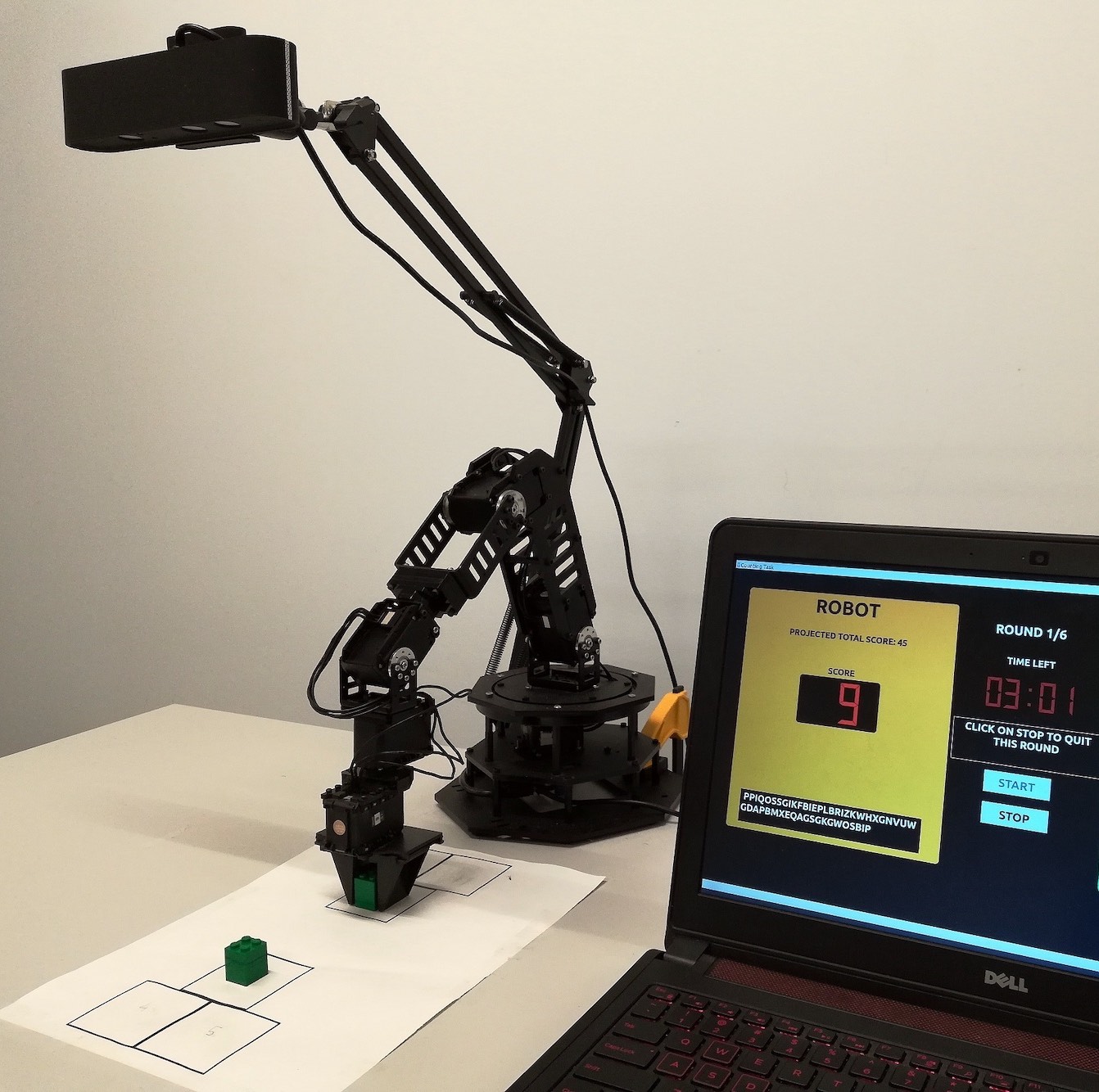 In a controlled experiment, participants (n = 60) competed in a monotonous task with an autonomous robot for real monetary incentives. For each participant, we manipulated the robot’s performance and the monetary incentive level across ten rounds. In each round, a participant’s performance compared to the robot’s would affect their odds in a lottery for the monetary prize. Standard economic theory predicts that people’s effort will increase with prize value. Furthermore, recent work in behavioral economics predicts that there will also be a discouragement effect, with stronger robot performance discouraging human effort, and that this effect will increase with prize. We were not able to detect a meaningful effect of monetary prize, and were thus not able to replicate the results of a prior similar experiment that involved a sequential competition between two humans. However, we found a small discouragement effect, with human effort decreasing with increased robot performance, significant at the p < 0.005 level. Using per-round subjective indicators, we also found a positive effect of robot performance on its perceived competence, a negative effect on the participants’ liking of the robot, and a negative effect on the participants’ own competence, all at p < 0.0001. These findings shed light on how people may exert work effort and perceive robotic competitors in a human-robot workforce, and could have implications on labor supply decisions and the design of compensation schemes in the workplace.