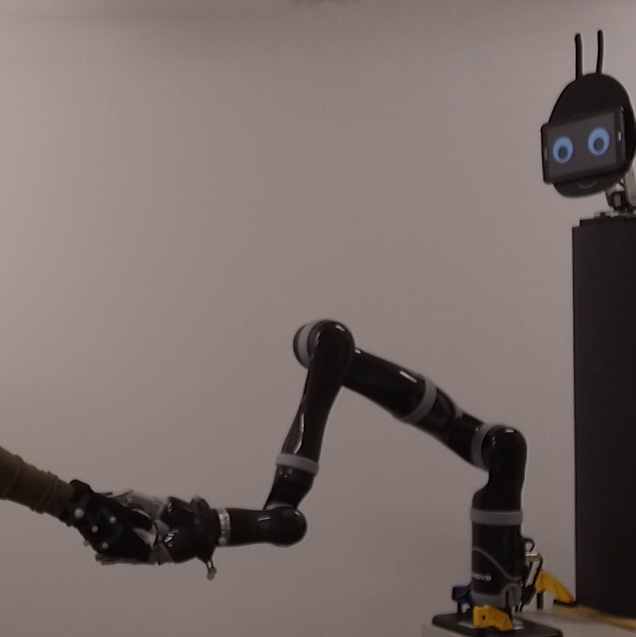 We present the results of two studies investigating gaze behaviors of a robot receiving an object from a human. Robot gaze is an important nonverbal behavior during human-robot handovers, yet prior work has only studied robots as givers. From a frame-by-frame video analysis of human-human handovers, we identified four receiver gaze behaviors: gazing at the giver’s hand, gazing at their face, and two kinds of face-hand transition gazes. We implemented these behaviors on a robot arm equipped with an anthropomorphic head. In Study 1, participants compared videos of a handover from a human actor to a robot exhibiting these four gaze behaviors. We found that when the robot transitions its head gaze from the giver’s face to the giver’s hand, participants consider the handover to be more likable, anthropomorphic, and communicative of timing (p<0.0001). In Study 2, participants physically performed object handovers with the robot and rated their experiences of the handovers for each of the four gaze behaviors of the robot. We found weaker effects with face gaze rated the most likable (p=0.01) and anthropomorphic (p=0.03) behavior. In contrast to previous studies, we found no evidence that the robot’s gaze affected the start time of the human’s handover.