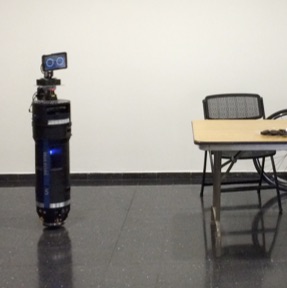 Human-robot collaboration will increasingly take place in human social settings, including contexts where ethical and honest behavior is paramount. How might these robots affect human honesty? In this paper, we present first evidence of how a robot’s presence affects people’s ethical behavior in a controlled field study. We observed people passing by a food plate marked as “reserved”, comparing three conditions: no observer, a human observer, and a robot observer. We found that a human observer elicits less attention than a robot, but evokes more of a socially normative presence causing people to act honestly. Conversely, we found that a robot observer elicits more attention, engagement, and a monitoring presence. But even though people were suspicious that they were being monitored, they still behaved dishonestly in the robot observer condition.