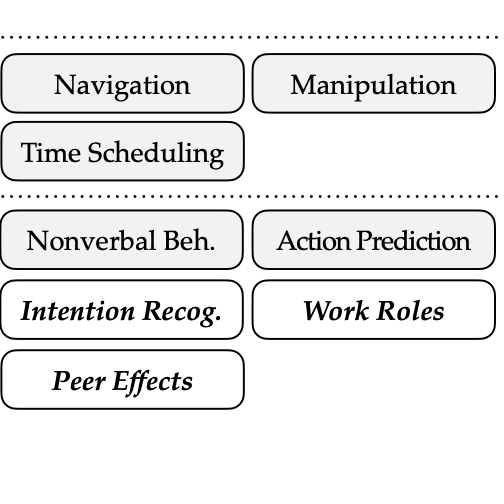 In this chapter, we discuss challenges for robots interacting with humans in the workplace. The “workplace” in this chapter is defined broadly, and can include any of a number of contexts in which robots are imagined to work alongside humans, such as factories, supermarkets, offices, care facilities, and construction sites. The discussion begins with an overview of workplace deployment contexts and a review of some of the associated challenges currently studied in the HRI literature, which are mostly physical in nature. We will then turn to the less-discussed psychological challenges of working with robots, detailing three studies conducted in our laboratory, which are relevant to the use of robots in the future workplace. The first study relates to the effects of competing with a robot for monetary reward and the resulting demotivation and loss of self-esteem that we found. The second study tackles challenges that occur when a robot attempts to help a worker make complex decisions. The third study also concerns human decision-making, and explores whether an AI agent can infer a human’s intentions by tracking the outcomes of the human’s decision-making.