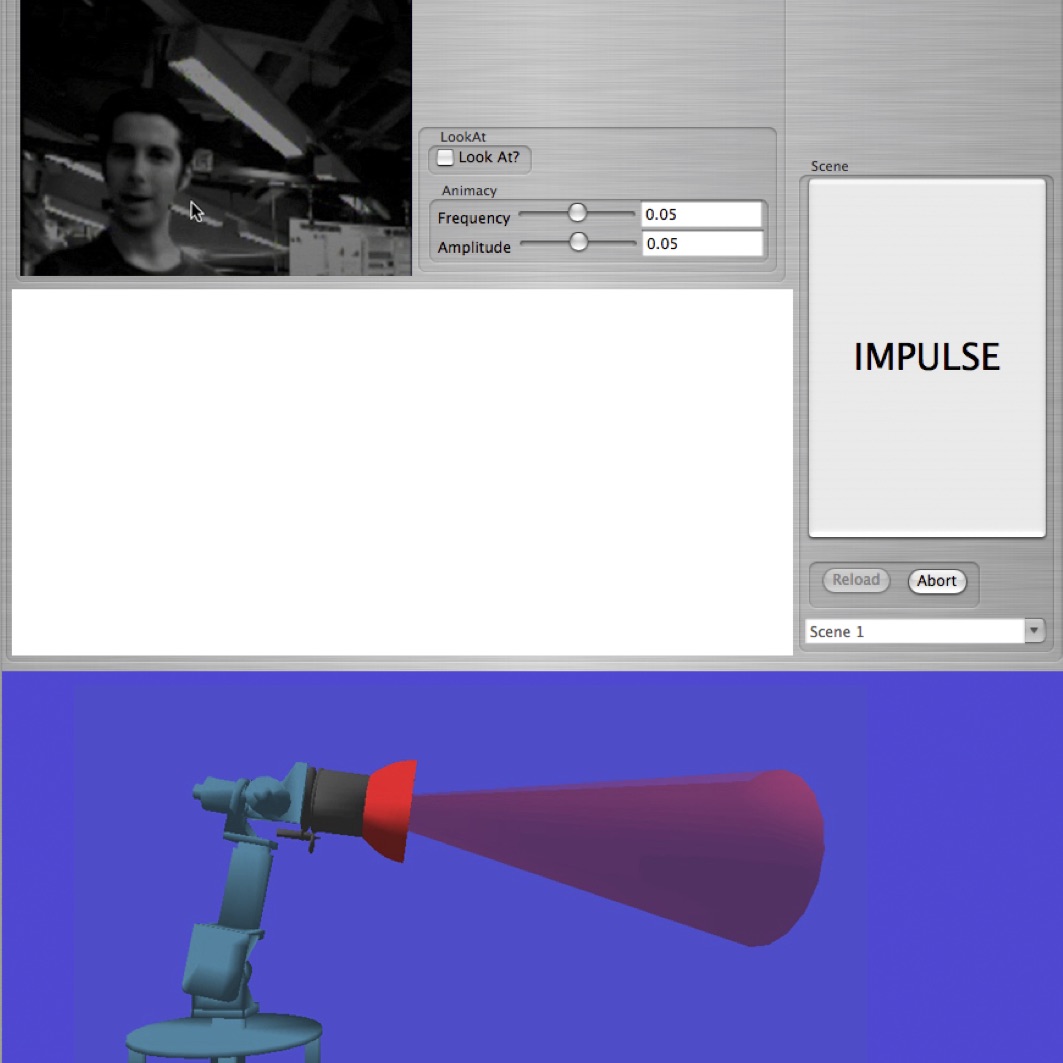 This paper describes a robotic puppeteering system used in a theatrical production involving one robot and two human performers on stage. We draw from acting theory and human-robot interaction to develop a hybrid-control puppeteering interface which combines reactive expressive gestures and parametric behaviors with a point-of-view eye contact module. Our design addresses two core considerations: allowing a single operator to puppeteer the robot’s full range of behaviors, and allowing for gradual replacement of human-controlled modules by autonomous subsystems. We wrote a play specifically for a performance between two humans and one of our research robots, a robotic lamp which embodied a lead role in the play. We staged three performances with the robot as part of a local festival of new plays. Though we have yet to perform a formal statistical evaluation of the system, we interviewed the actors and director and present their feedback about working with the system.