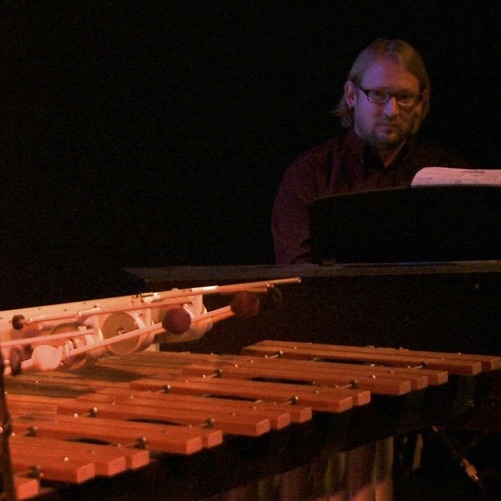 Shimon is a interactive robotic marimba player, developed as part of our ongoing research in Robotic Musicianship. The robot listens to a human musician and continuously adapts its improvisation and choreography, while playing simultaneously with the human. We discuss the robot’s mechanism and motion-control, which uses physics simulation and animation principles to achieve both expressivity and safety. We then present an interactive improvisation system based on the notion of physical gestures for both musical and visual expression. The system also uses anticipatory action to enable real-time improvised synchronization with the human player. We describe a study evaluating the effect of embodiment on one of our improvisation modules: antiphony, a call-and-response musical synchronization task. We conducted a 3×2 within-subject study manipulating the level of embodiment, and the accuracy of the robot’s response. Our findings indicate that synchronization is aided by visual contact when uncertainty is high, but that pianists can resort to internal rhythmic coordination in more predictable settings. We find that visual coordination is more effective for synchronization in slow sequences; and that occluded physical presence may be less effective than audio-only note generation. Finally, we test the effects of visual contact and embodiment on audience appreciation. We find that visual contact in joint Jazz improvisation makes for a performance in which audiences rate the robot as playing better, more like a human, as more responsive, and as more inspired by the human. They also rate the duo as better synchronized, more coherent, communicating, and coordinated; and the human as more inspired and more responsive.