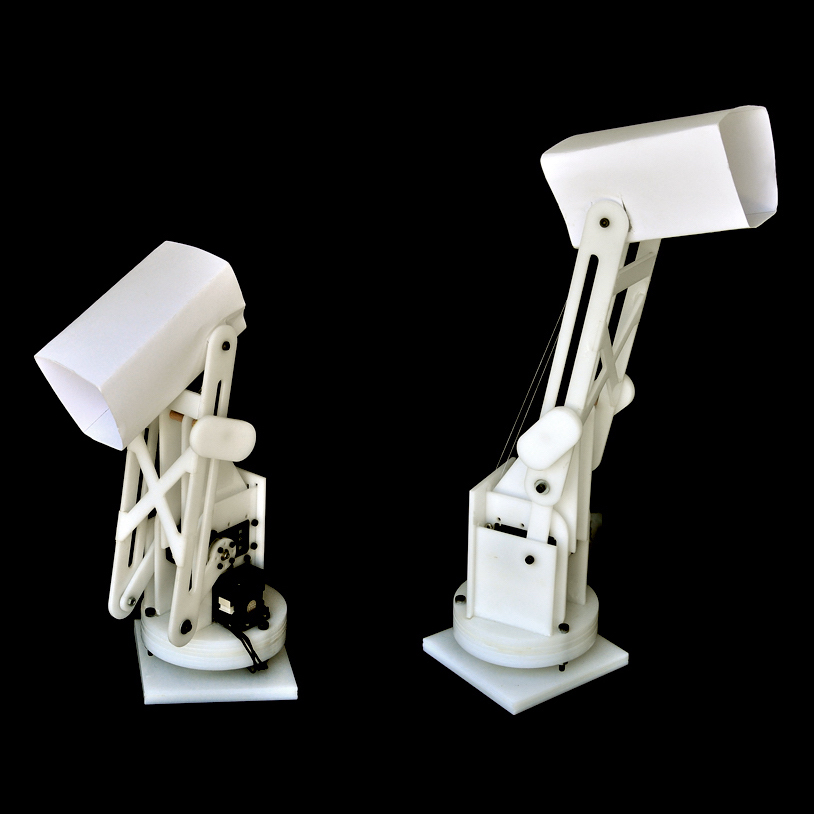 We present the design, implementation, and evaluation of a peripheral empathy-evoking robotic conversation companion, Kip1. The robot’s function is to increase people’s awareness to the effect of their behavior towards others, potentially leading to behavior change. Specifically, Kip1 is designed to promote non-aggressive conversation between people. It monitors the conversation’s nonverbal aspects and maintains an emotional model of its reaction to the conversation. If the conversation seems calm, Kip1 responds by a gesture designed to communicate curious interest. If the conversation seems aggressive, Kip1 responds by a gesture designed to communicate fear. We describe the design process of Kip1, guided by the principles of peripheral and evocative. We detail its hardware and software systems, and a study evaluating the effects of the robot’s autonomous behavior on couples’ conversations. We find support for our design goals. A conversation companion reacting to the conversation led to more gaze attention, but not more verbal distraction, compared to a robot that moves but does not react to the conversation. This suggests that robotic devices could be designed as companions to human-human interaction without compromising the natural communication flow between people. Participants also rated the reacting robot as having significantly more social human character traits and as being significantly more similar to them. This points to the robot’s potential to elicit people’s empathy.