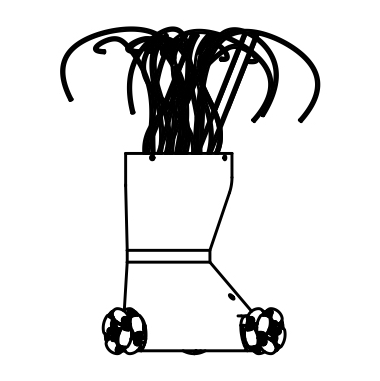 The Robot-Creativity Project seeks to create robots capable of interacting with people with the ultimate goal of boosting their creativity.

Creativity is one of the most sought-after skills as we move from industrialized to creative economies. It is known to be an ability that can be stimulated and developed over time. The Robot-Creativity Project aims to use social robots as tools for stimulating creativity. The work involved in the project consisted on the design and fabrication of the hardware and software for an original social robot, named YOLO. The design of YOLO was grounded on creativity research literature and on iterative co-design sessions with children. Additionally, we have tested YOLO in schools and summer camps to investigate the effectiveness of this robot in stimulating convergent and divergent thinking processes, two important forms of the creative thought.

The Robot-Creativity Project is a collaboration between Cornell University (USA), the Technical University of Lisbon (Portugal), and the Institute of Social Sciences (Portugal).