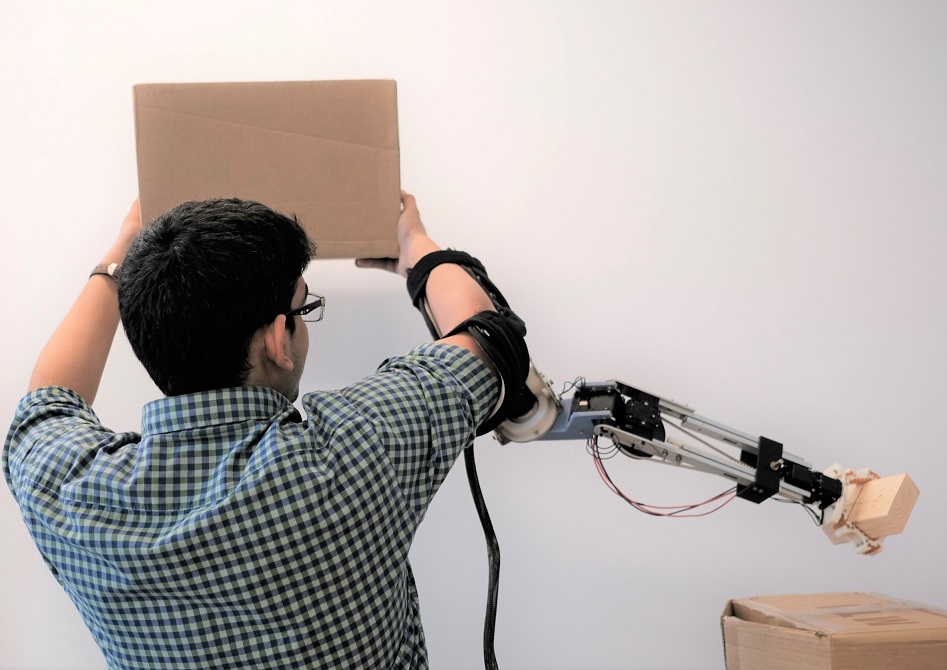 Human-robot augmentation is the idea of using robotics to share the physical and cognitive task loads of a human user, typically realized with wearable robots. Until recently, such devices have taken the form of prostheses or exoskeletons, which replace or enhance already existing human functions. We present a supernumerary robotic device that provides a user with capabilities not found in nature.

Our device is an elbow mounted additional forearm, aimed at human-robot collaboration in close-range activities. The primary research goal is to study the interaction schemes and generate autonomous robot behaviors that will assist a user in a collaborative manipulation or assembly task.